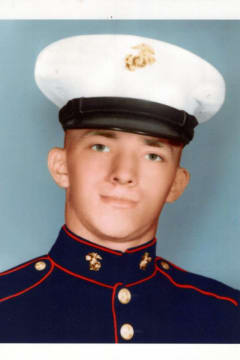 Carl William (Bill) Rust Jr. 75, of Jacksonville died October 11,2021 at Onslow memorial Hospital. Carl was born in Bridgeport Connecticut to the late Carl Rust Sr. and Eleanor Cyrus Rust July 17,1946.
In addition to his parents Carl is also preceded in death by his brother Richard Rust and sister Eleanor Rust and Daughter Wendy Michelle Rust.
Left to cherish his memory are his daughters Hope Chapman (Steve) of Southington, CT. and Anna Rust of Jacksonville, NC; Sister Judy Rust Waters; Grandchildren Maddie Chapman, William Chapman, Kiera Ezel, Niklaus Rust, Merddynn Rust.
Carl served in the United States Marine Corp. for 22 years, carl is a Vietnam veteran and a purple heart recipient. Bill as most people called him was also in a motorcycle club called “The Untamed Rebels” where he got the nick name Wizzard. He was also a Dive master and owned A scuba shop. Carl has Achieved so much in life. He was a great father, Grandfather, and Friend and will leave many great memories for those who loved him.