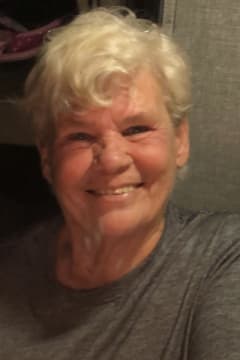 Carolyn Rose Davis Foy, 67, of Jacksonville, went home to the Lord on Friday, April 2, 2021.
She was born November 20, 1953 in Sampson County and had worked in EMS services and later as a driver for Waste Management.
She is survived by her mother, Iris Coston; her daughter, Christina Foy; her son Branden Foy Sr. and his wife Kelly all of Jacksonville; her sisters Ann Foy and her husband Tommy of Jacksonville, Sandra Davis Rowland of Maple Hill, and Gale Morton of Jacksonville; her grandchildren, Celsey Foy, Branden Foy Jr., Kendrick Foy, Kaden Foy, Damonta Winbush, and Dalvin Hall; her great-grandchildren Azarie Foy and Azir Phillip, and a host of nieces and nephews. She was preceded in death by her husband Roger E. Foy, her father John Allen Davis, and her brother William Allen Davis.
Her visitation will be Thursday, April 8, 2021 at the Johnson Funeral Home 2685 Henderson Road, Jacksonville, from 12 noon until the funeral service begins at 2 p.m. Interment will follow in Onslow Memorial Park.

I love you! Strong, loving, and real is what I love most about you. Our family will never be the same without you here, but I know you are with Jesus now. My heart breaks and I will forever miss you. I am now and always have been honored to be your niece. Love you always!
- Jennifer Andrews

I am so sorry for your loss. We are praying for the family. Carolyn was a very special person and the best friend I ever had. There are to many wonderful memories to share but memories I will cherish.
- Regina Sydes

Christina, the family of Tracy would like to send their heartfelt sympathy for the loss of your mother. If there's anything the HATCHELL family can do for you at this time please let us know. Love the sisters and brothers of Tracy
- Tracy Hatchell

Tracy Hatchell sends his condolences to the family, for their heartfelt loss of their mother.
- Tracy Hatchell