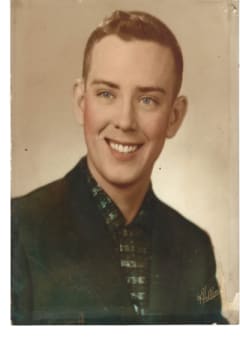 Donald R. Shipley, 84, of Jacksonville, passed away Thursday, January 21, 2021 at Onslow Memorial Hospital. A native of Indianapolis, IN, he is survived by his wife, Nancy Owens Shipley and was the son of the late Oscar Clifton Shipley and Esther Coe Shipley. He retired from the City of Jacksonville as a code enforcer, enjoyed fishing and gardening. Mr. Shipley proudly served our country in the United Stated Marine Corp. as a GySgt, having spent war time twice in Vietnam, he was a member of the Veterans of Foreign Wars, the Fleet Reserve and VFW Post #9133.
In addition to his wife, he is survived by his children, Tracy Arnold (Dan), Sean Shipley, Shannon Shipley, and Heather Fraser (Andy); grandchildren, Kellie Garrett, Sean T-J Arnold, Sarah and Christopher Ayer, Shawn and Robert Fraser; great-grandchildren, Aubrie Garrett and Jeremy Arnold; and sisters, Margaret Watson and Alice Shipley Watts.
He was preceded in death by his daughter, Kelly Ayer.
Visitation will be on Tuesday, February 2, 2021 from 12:30 pm until 1:00 pm at Johnson Funeral Home. Funeral services will follow at 1:00 pm in the Chapel with Rev. Brian Young officiating. Burial will follow at Coastal Carolina State Veterans Cemetery with military honors.
In lieu of flowers, memorials may be made to the Wounded Warrior Regiment Attn: Charitable Giving, 1998 Hill Avenue, MCB Quantico, VA 22134.
Online condolences can be made at: www.johnsonfuneralhomes.com.