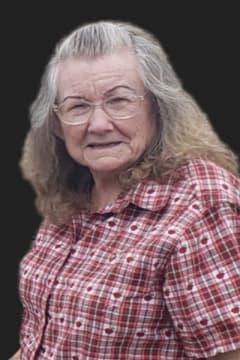 Jeannette was born in Richlands on April 17, 1936 to Herbert and Eula (Weston) Futral. She worked as a nurse's aide for many years and later as a cook. She was a beloved member of Springfield PFWB Church.

Jeanette was preceded in death by her parents, Herbert & Eula, husband Dorsey Evans, and later by her husband Roscoe Williford, and by her brothers Lewis Alton Futral and Alfred Oswell Futral. She is survived by her brothers Cecil Evans Futral of West Palm Beach, FL and Troy Everette Futral of Richlands.

A graveside funeral service will be held Thursday, January 21 at 2:00 pm at the Futral family cemetery with Pastor Elwood Mobley officiating.

Donations may be made to Springfield PFWB Church in lieu of flowers.

May you rest in peace with jesus for eternity aunt Jeanette...
- Sharon Key

So sorry to hear this. She was always so nice.
- Ray Weston