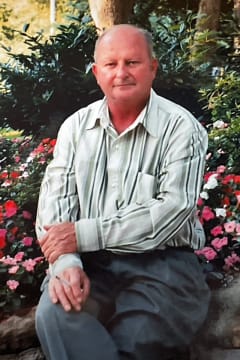 Jerry C. Wyrick, 71, of Richlands, passed away on Thursday, October 21, 2021, following a courageous battle with cancer.

Jerry was born on November 23, 1949 in Berkley, WV. He joined the United States Marine Corp in 1968 at the age of 18 and while serving, obtained his BA in Professional Aeronautics. He retired from the Marine Corp in 1998 and then began a new career with the United States Postal Service from which he retired in 2016. Jerry was a Mason and former Worthy Patron of the Order of the Eastern Star (1996-1997) Chapter #225. He was an avid weather enthusiast and jokester who could always be counted on to lend a helping hand.

Jerry was preceded in death by his loving wife of 42 years, Barbara. He is survived by his two children, Michele and Scott (Camille), his grandchildren, Gabriele, Ian, Noah, and Marek and brother, James Wyrick. He also leaves behind his seven beloved cats.

A graveside service will be held with military honors on Friday, November 12th at 2:00 pm at the Coastal Carolina State Veterans Cemetery located at 110 Montford Landing Rd., Jacksonville, NC.

In lieu of flowers, the family prefers donations to be made in Jerry's honor to Possumwood Acres Wildlife Sanctuary at 119 Doe Drive, Hubert, NC 28539.

Please, share Memories and Condolences with the family by clicking on "Share-A-Memory" tab.

Arrangements are in the care of Johnson Funeral Home, Jacksonville.