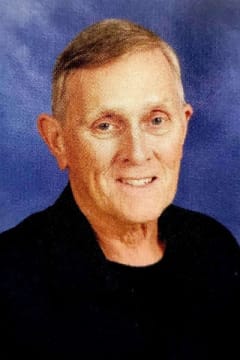 Early Saturday morning, November 28th, Jerry Cavender awoke and gave thanks to his Maker, as he always did, for another day. A short while later, he received a call to enter eternity. He had prepared many years earlier for this call and answered it quickly with, “Yes!”. He was a good, Christian man. Through the years, he served as a Youth Group leader, Sunday School teacher, and other positions in the church.

Jerry was born on July 1, 1941 in Charleston, WV. He grew up on Cooper’s Creek and graduated from Elkview High School. He attended WVU, Aurora University in Illinois, and West Virginia State University before graduating with a Bachelor of Arts in Math and Elementary Education. Jerry was a Kanawha County teacher for 25 years. While teaching the core subjects, he was able to make a positive impact on students and encouraged many to make the right life decisions long after leaving his class. After retirement, he found great joy in sharing some time with his teacher buddies and cohorts who fondly call themselves “The Lunch Bunch.”

During the summer months, while off from teaching, he “enjoyed” digging and installing water, electric, gas, cable, French drains, and sewer lines. This led him to choose novelty plates for his trucks such as “DIGGER” and “DRT SRGN.” He loved playing in the dirt in the summertime.

Jerry worked 30 years with the Kanawha Valley Soap Box Derby Association from 1985 to 2015. Serving in various capacities, he always made sure it was a fun, fair, and meaningful experience of teamwork for the youth. He enjoyed building several of the loaner cars that are used by the racers.

Jerry never met a stranger and always had time to talk with anyone willing to listen. Some of his favorite topics were the “way back when days”, corvettes, and old trucks. According to him, old trucks were much better than new trucks, even if they happened to break down from time to time. He claimed that all you need is a friend who is a good mechanic. That would be Greg Pennington and Route 21 Truck and Auto of which Jerry was a frequent visitor.

Jerry found delight in every minute of his role as Pop-Pop and Grampa to Natalia, Giovanni, and Keanu. He hoped he had taught at least one of them to, “Please be a little quieter.”

Johnson Funeral Home, Jacksonville, NC is in charge of arrangements.
To share a memory of Jerry or send a condolence to his family, please visit Johnsonfhnc.com