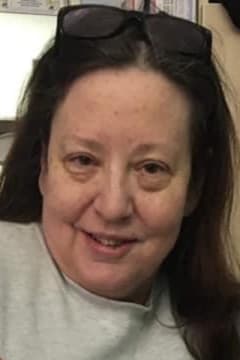 Kelly was born on March 31, 1965 to Donald and Ruth Shipley in Indianapolis, IN. She was raised in Jacksonville as the oldest of her siblings and was a 1983 graduate of White Oak High School. Kelly would go on to become a paramedic in New York City before marrying a career Navy man in 1993. The family would return to the Jacksonville area in 2000 making the southwest area their permanent home. Mrs. Ayer earned a bachelor’s degree in psychology from Campbell University in counseling and health administration respectively. She had been employed for several years at Brynn Marr Hospital in Jacksonville as a nightshift administrator.

Kelly loved her family and friends dearly. She enjoyed reading, crafts, cooking, and country music. Kelly was also a lifelong fan of the New York Giants and Mets.

She is preceded in death by her mother, Ruth (Turner) Shipley.

Kelly is survived by her husband of 27 years, Thomas A. Ayer, her children Sarah R. Ayer and Christopher W. Ayer as well as a grandson, Jeremy D. Arnold. She also is survived by four siblings, Shannon Shipley, Tracy (Shipley) Arnold, Heather (Shipley) Fraser, and Sean Shipley.

A memorial service will be held at 5:00 pm on Wednesday, December 2, 2020 at Johnson Funeral Home in Jacksonville. The family will receive friends following the service. Her ashes are to be entombed at Onslow Memorial Park.

In lieu of flowers, contributions can be made to St. Jude's Children Center or to the Ayer family to assist with the medical and funeral expenses.

So sorry to hear this. Even though I haven't kept in touch since High School I have followed her on FB and see how wonderful her family is and what they meant to her. She was such a sweet soul. Prayers to the family and all her close friends.
- Erin Warpole
Rest in Peace Sweet Girl
- Sharon Ready
Kelly is one of my dearest friends. I will miss her every second of every day. Tom, Sarah, and Chris: you are in my thoughts and prayers. Kelly loved each of you fiercely. Praying for God's peace to surround you. Love & blessings <3
- Melinda Rogers
Deepest sympathy to the Ayer family. I have warm memories of the sparkle in Kelly's eyes. May she Rest In Peace.
- Susan Jimenez