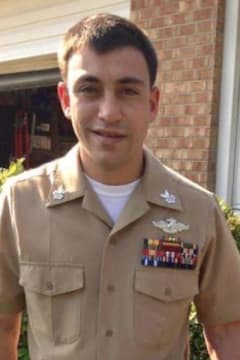 It is with great sadness that we announce the untimely passing of our beloved “Doc” - Leonard Rudolph Baruso, 37. Leonard was a father, son, brother and friend, as well as a proud patriot who served in the U.S. Military for 19 years, including three campaigns in Iraq and Afghanistan.

Leonard was born in 1983 and grew up in Lindenhurst, NY where he graduated from Lindenhurst High School in 2002. From an early age he was known as “The Mayor,” mostly due to his good nature and broad likeability. He was a friend to many and always a favorite of his teammates, coaches and teachers. After high school, Leonard enlisted in the U.S. Navy where he later became a hospital corpsman serving with the U.S. Marines. From there he became known as “Doc” – a name given to him by the many Marines with whom he served honorably alongside over the years.

A true friend and a man with a big heart who was always willing to help others, Leonard will be remembered for his sly smile, his quirky sense of humor, a fondness for practical jokes, and his obsessive love of New York sports teams.

Leonard was preceded in death by his mother Peggy Sullivan; and grandfathers John Sullivan and Rudolph Baruso. We take great comfort in knowing they are together once again.

Leonard is survived by his wife, Elizabeth Baruso and children Everett, Olivia, Ginamarie, Raiden and Daniel; his father Leonard Baruso and wife Nora; siblings Nicholas and Gillian; and grandmothers Eleanor Sullivan and Beth Baruso. He will also be missed dearly by aunts, uncles, nieces, nephews, and countless other family members and friends.

Leonard will be laid to rest on a future date at Arlington National Cemetery in Arlington, Virginia where a service with military honors will be held to celebrate his life and service to our country.

We ask that you consider a donation in Leonard’s name to an “End 22” program of your choice. 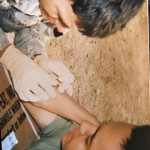 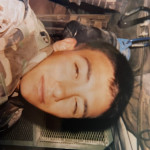 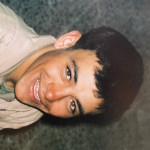 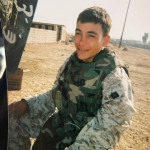 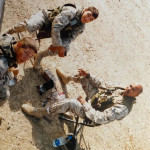 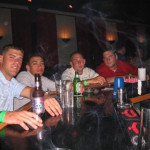 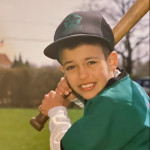 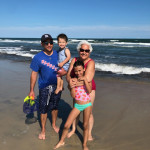 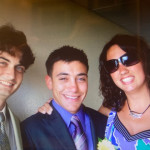 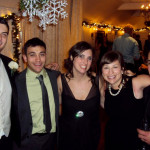 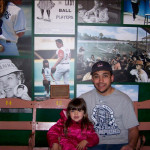 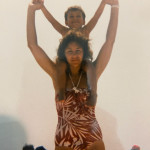 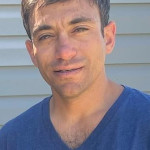 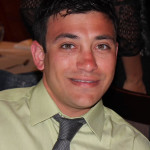 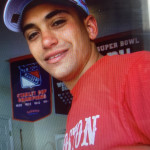 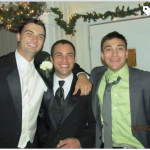 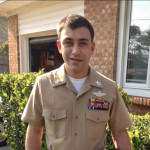 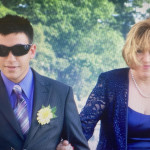 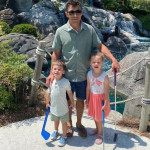 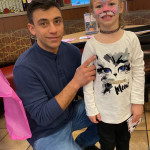 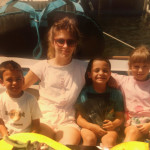 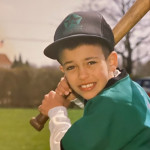 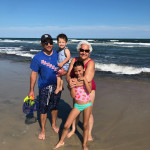 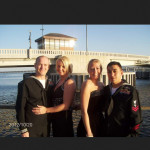 I was the senior enlisted for Lenny 2004 to 2095 during operation Iraqi Freedom and the battle of Fallujah, Lenny was a young courageous corpsman who served the company with distinction and honor. Lenny was very well liked and respected within outer company. We will miss him and will honor Lenny when we have aour reunion this summer. Prayers for the family for peace. BM Link SgtMaj USMC Ret
- Bryan Link
I'm a total stranger, but I am a Veteran. When I saw this man's obituary in the paper, I was thunderstruck with sympathy and empathy. He was so loved and admired, and really made a difference in people's lives. My heartfelt condolences go out to every person this man touched, and all who loved him.
- CW Limbach
I did not know you. Nor your Family. But I do know your sacrifice. May Peace and Comfort find you and your Family for the rest of their days. I am so very sorry for the this loss. Son of a US Marine. Michael bauer
- Michael Bauer

Served with Baruso at 2nd LAR at the Battalion Aid Station, he was a great kid and always smiled. He always had a great attitude no matter what was going on. Didn't get to serve much with him as I was moving on to another Duty Station. Definitely proud that he made it so far in the Navy, as being a Fleet Marine Force Corpsman is one tough job that many folks don't and will never understand what we must endure, mentally and physically. Last I learned he was so close to retirement from the Navy, something I wish I can say for myself but only did 5 years as that is a arduous career. It' is with a heavy heart that I write this, I may never know what weight you were carrying in your inner thoughts but it must've been something none of us couldn't bare either. May you Rest In Peace shipmate. Hope to see you on the other side brother. Prayers go out to his family during this difficult time. Chris Van-Niel
- Chris

I still remember the epic games of hockey we played together in Nanticoke Acres, you always won. I remember wrestling against you for the varsity spot at 112 lbs in high school, and again, you always won. You were my favorite wrestling partner and a good friend. As we both ventured into the Navy, the last time I saw you was in the 9/11 Remebrance ceremony at Great Lakes where our journeys began and before we both eventually headed off to our duty stations, I out to see, and you off to war. And again, you won. The storms they weathered, and we both settled down, starting families of our own. And I have to say that God has blessed you with some beautiful and sweet children, and again I can say with confidence that you won and are still winning. I wish I could say these words to you in person. It wasn't but a few days before that I last talked to you on here. I wish I would have been there to share what it was that you carried. I would have carried it for you and done anything to help you through whatever it was you were going through. I wish you were still here Lenny. Brother. You were just as much one than you were our friend. We loved you, and always will love you brother. May God bless and protect your family. May you rest in peace.
- Seth Elder

It was pleasure serving with you Devil Doc, I remember meeting you ion my pre deployment field op and appreciating your nonchalant vibe and energy. Your presence matter in silence of the Carolina heat and it will live on in "upstairs" brother. Thank you for your service.
- Tyllus Charles

I am deeply saddened by the passing away of Lenny. My condolences to the Baruso family.
- Olga

My deep condolences are with the family during this time. Lenny was a good friend and I miss our coversations. My prayers are with his wife and kids. Mike
- Mike McNett

Thank you for providing me guidance and mentorship I will be using for life, without your advice, I wouldn't have been where I am today. Thank you and rest in power, brother, we have the watch now.
- Doc Rico

You will be dearly missed brother! Love and prayers to all Lenny's family , friends and sailors/marines.
- Jess
Lenny, rest in peace my brother. Prayers to your family. Keep watching over our Sailors! Crystal
- Crystal Goeddel

I remember being stationed at Medical Battalion with Lenny. He helped me understand some of the operations there, so we talked often. We talked about family, work, and our careers. We shared some good times talking, and I'm sure gonna miss him. Prayers to his family, and I'll see you on the other side brother. Leonard Thomas Jr.
- Leonard Thomas

Sorry for the loss he was a great person
- Robert pflug

So very saddened to hear of Baruso's passing. He was an incredibly smart and dedicated Corpsmen. Someone I knew I could trust in clinic and would gladly take forward. He had such a light hearted and beautiful soul and our Navy and this world is more gray without him. Much love and prayers to the Baruso family. Sincerely, M Lynch
- Michelle lynch

Grateful for your service.
- Lisa

My Doc, my crew mate, my friend, my brother you will not be forgotten but truly missed. Some will never know what it's like spending countless days and thousands of hours in an unforgiving killing machine. The joking the fighting the straight depravity, our way of pushing through the bad times that bring us so close. That bond that love mixed with a thick New Yorker accent an a never fading smile Is how I will remember you. I'd love to share stories of our times, but them stories are only right for the few. Love you Doc - Zinger
- Robert Holzinger

Lenny was my 1st roomate once I got to Marines I knew right away I would be in good hands he was always there for me, the best to talk to, just hang out with, and he would light up any room he walked into. It was truley an honor to have served with this man. He will be forever missed and never forgotten. Keep lighting up our crazy world brother and rest in peace. Much love and prayers to family and friends.. stay strong
- Daniel McGuane

RIP Brother, you always had a smile on your face and would do anything for your Marines. I'll pray for you and your family during this difficult time. If there are services up in NY I will definitely attend. Love you Bro.
- Tj Ward

Lenny was a true friend. He and I served together with Apache Company 2nd LAR. We went on numerous trips to The mountains in North Carolina and to Washington DC. Our fathers even met when they were in town at the same time and went to dinner. We lost touch when I finished my enlistment but he was never far from my thoughts. When I was able to reconnect with my enlisted unit SGTMAJ and another member of my unit, Lenny was one of the first guys I asked about. Unfortunately we were not able to reconnect and he will always be in my heart! All my best to the family!
- Matthew Early