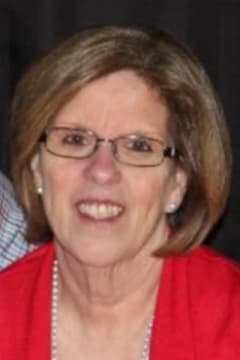 Lynett Futrell Cavenaugh, 60, of Richlands went to be with her Lord on Monday, December 21, 2020 at her home.

Lynett was born on October 14, 1960 in Onslow County to Delmer “Chubb” and Ruby Carter Futrell. She attended Richlands High School. Lynett worked at the Piggly Wiggly deli counter for 27 years. Following her time at Piggly Wiggly, she was the primary caretaker for Miss Frances Humphrey, whom she loved dearly. Lynett enjoyed her time there and loved the whole family as her own. She was a member of Kingdom Culture Church, formerly known as Liberty Center International, and loved her church family. Lynett will be remembered for her old school home cooking and her love for her community.

She is preceded in death by her daughter, Ruby Leigh Cavenaugh; parents, Delmer “Chubb” and Ruby Futrell; and brothers, John “Cuz” Futrell and Dwight Futrell.

The family will receive friends from 12:00 to 1:00 pm on Saturday, December 26, 2020 at Kingdom Culture Church in Richlands. A funeral service will follow at 1:00 pm. She will be laid to rest following the service in the Futrell Family Cemetery off of Gregory Fork Road.

In lieu of flowers, memorial contributions in Lynett’s name may be made to Kingdom Culture Church’s Building Fund.

Lynette you were a wonderful lady/friend. I'm glad we got to spend the day in Smithfield with Jodie, Jules, and Faith. The girl time was wonderful you said. You gave us all a lot of memories. Thank you for always being you, and for the love you showed my family in our time of grief. You were a true blessing to us all. Sending you much love in heaven. Don't worry, we are all here for Faith as you asked. Always will be. Love you.. Lisa Ortiz
- Lisa Ortiz

I am so sorry I remember all the good times we had at the campground. Your daughter Faith is like a granddaughter to me. You were always a faithful and loving lady and will be missed by many. Gods speed.
- Myra Turner
Aunt Lynett you where more than a aunt u where a friend and like a second mom I love you
- Heather futrell