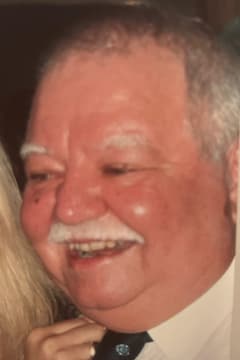 Larry grew up in Jacksonville, NC and graduated from Jacksonville High School where he was on the wrestling team all four years and was a member of the band and DeMolay, eventually becoming a Mason. Larry attended UNC-CH and later owned and operated a drycleaning business in Havelock, N.C. While in Havelock, Larry pursued his passions of fishing and waterskiing. He also earned a deep water diving certificate and his real estate license.

Larry lived a carefree minimalistic life choosing to travel whenever and wherever the urge
struck. At different times throughout his life, Larry lived in various parts of Florida. Larry
especially enjoyed Nevada and spent extended time in Las Vegas, which he considered home.
His travels also took him to Mexico, Canada, and Europe, spending much of his time in the
Greek Isles, before settling in Bulgaria for a while. He was truly a free spirit and made friends wherever he went. He could talk to anyone about anything. He often entertained them with his life experiences and real stories of characters he met along the way. Larry later moved back to Jacksonville and started a small cab business before returning to Las Vegas for his final resting stop.

Larry was preceded in death by his parents and younger brother, Gus Dino. He is survived by his younger sisters, Demetra Cox (Earl) and Vicky Stephens (Ron), and a cousin whom he loved as a brother and best friend, Johnny Melts (Becky). He is also survived by one aunt, Eleanor Way, two nieces, a nephew and many other family members.

Arrangements are being handled by Johnson Funeral Home, 2685 Henderson Drive,
Jacksonville. A Memorial/Trisagion Service will be held Friday, September 16th, at 3 p.m. in the
Mausoleum Chapel at Onslow Memorial Park, 3280 Richlands Hwy. with Rev. Father Steven
Klund officiating with a Makaria/fish dinner buffet to follow at the MaiTai restaurant, 109
Henderson Dr. Jacksonville.

Share condolences to the family by clicking the "condolence" tab.