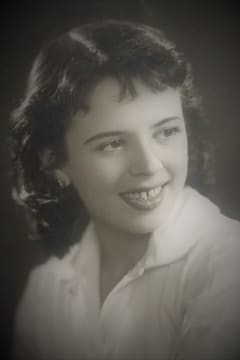 Our beautiful mother, Purificación “Pura” De Antonio-Pavón Rivers, 85, of Jacksonville, went home to be with the Lord on Thursday, February 11, 2021, at home with her family. She was the loving wife to Lynn Rivers and daughter of the late Moisés De Antonio-Simón and Amelia Pavón-Arias. A native of Barcelona, Spain, she was a flamenco dancer touring in Cyprus, where she met Lynn, who was stationed at the embassy there as a U.S. Marine. They were married and then relocated to Camp Pendleton, CA, where they started their family. Several duty stations later, they settled in Jacksonville, where Lynn retired from the military.

Pura worked in food service for Camp Lejeune schools for over twenty years and was a member of Infant of Prague Catholic Church. She loved spending time with her family, crocheting, cooking, gardening, bird-watching, and talking about Spanish history.

The family will have a private viewing and graveside service.

Online condolences may be made at www.johnsonfuneralhomes.com. Much gratitude to Johnson Funeral Home for serving our family with a great deal of kindness and attention to detail.