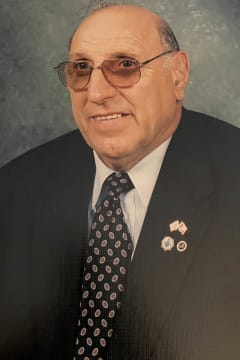 Born in Framingham, MA, September 26,1934, the son of the late Pasquale and Maria
Genga Fiorvanti, he was a retired Staff Sergeant in the U.S. Marine Corps, and served
two tours in Vietnam as an Engineer Equipment Chief, 2d Marine Division, 2d MSSG.
He retired on March 31,1971. He continued working in the civilian sector as a Forestry
Supervisor at Weyerhaeuser Incorporated from 1971-1986 and was the Weyerhaeuser
Man of the Year in 1974. After retiring from Weyerhaeuser, he worked in the forestry
department for the Federal government from 1986 until 1992.
A Mason member since February 1995 of the New River Lodge # 736 AF & AM and the
Semper Fidelis Lodge #680 AF &; AM, as well as the York Rites, the Shriners, and the
Order of Amaranth.

The family wishes to thank the caregivers of Sweet Waters Home Care and the fourth
floor staff of Onslow Memorial Hospital.

Visitation will be Wednesday, July 14, 2021 from 12 to 1 p.m. in Johnson Funeral
Home, 2685 Henderson Drive in Jacksonville with funeral services beginning at 1 pm.
Private family burial with military honors will be in the Trenton (NC) Memorial Park.
Share memories and condolences to the family at www.johnsonfuneralhomes.com