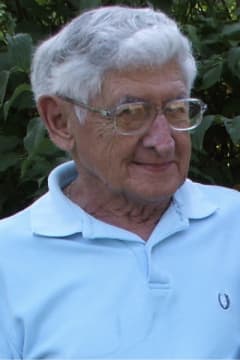 Ronald E. “Ron” Kruk, 85, passed away peacefully early Monday, December 14, 2020 at his home he shared with his wife; Shirley R. Kruk. A native of Wisconsin, he was one of four children born to the late Frank Kruk and Olive Rademacher Kruk. Having spent years on the family farm he learned a great deal about work ethic and dedication.

After graduation from high school, Ron enlisted in the military where he proudly served his country in the United States Marine Corps for nearly 23 years. Upon his retirement as an E-9 Master Gunnery Sergeant, Ron chose to remain a resident of Onslow County, where he resided with the love of his life; Shirley, whom he married in the summer of 1975. Together, Ron and Shirley spent their lives loving each other, their children, grandchildren, great-grandchildren, and their respective extended families.

Ron was an honorable, loving, caring, and dedicated family man, as many agreed, he was a Godsend. He was a member of Onslow County Amateur Radio Club, which included being on the “Preparedness & Response Team”; he had a natural talent in wood-working, and enjoyed time spent teaching his grandchildren his skill; and kept his mind sharp by solving crossword puzzles. Ron was raised in the Catholic faith and would watch the sermons “live” on Sunday mornings.

In addition to his loving wife, he is survived by his children, Susan Kovacs, Jeffrey Watkins (Sandra), Steve Watkins (Tracy) and David Watkins; youngest sister, Carolyn Tiber (Mick); 10 grandchildren; 15 great-grandchildren; and many nieces and nephews around the country. Ron was preceded in death by his son, Gregory Watkins; older brother, Ervin Kruk; and sister, Lenore Rawhauser.

The family is planning on a small private ceremony in the comings days.
Flowers are welcome; contributions may be sent to the American Heart Association, American COPD Foundation, National Kidney Foundation, or the American Cancer Society.

Ron will be greatly missed by all those who knew and loved him. In honor of Ron’s love for his wife and his children; the words of this song by Brad Paisley, “He didn’t have to be,” says it all.

Arrangements are entrusted to Johnson Funeral Home of Jacksonville.