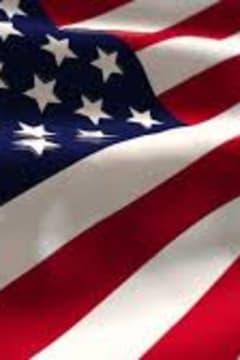 Thomas Eugene Scott 67, of Jacksonville, NC, passed away unexpectedly on Sunday, December 27th in his home. His family and friends called him “Gene.” He also liked to be called “Geno.”
Gene was born in Dillon, SC on April 3rd, 1953. After high school, Gene joined the U.S. Army and served in the 82nd airborne. He proudly served his country. Gene had quite a unique personality. He was kind, witty and could always make you smile. He loved deeply and had a gift of writing. He enjoyed putting meaningful words together and writing poems. Many of his quotes were created from his own life experiences such as:
“Always be true so there will be those who will trust you, be strong for there is much to suffer, be brave for there is much to dare.”
He also wrote:
“I’ve found the dynamics of a serious and lasting relationship. It’s not the length of formation that counts, but the depth of one’s heart, the warmth of one’s soul, and the honesty of intent.”
In his spare time, Gene enjoyed painting, animals, and being outdoors. He was a visionary, dreamer, and entrepreneur at heart. He loved his family deeply.
Preceded in death is Gene’s mother, Cora Taylor Snead, and his brother Herbie Snead. He is survived by his love Valerie King, his children, Jeannie Scott Smith of Myrtle Beach SC, Bennie Eugene Scott of Jacksonville NC, his grandchildren Greyson Scott and Luke Smith, his sister Eileen Overton of Gainesville, VA, and other extended family members and friends.
A memorial service with military honors will be held at Coastal Carolina State Veterans Cemetery at a later date that will be announced by Johnson Funeral Home. Please check back here for updates.
In lieu of flowers, donations can be made to Coastline Women’s Center, a ministry founded by his daughter where Gene proudly periodically donated. Any gifts can be mailed to PO Box 3325 Myrtle Beach SC 29578. Please note that it is in honor of Thomas Scott. 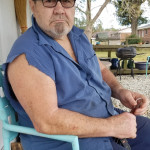 Geno Scott was a great mentor to me when I first started painting back in 1987. He had a unique way of doing things, from the way he laid out his little drop cloth and tools to the way he punched a hole in his brand new brush to let everyone know it was his. He was fun to work with and always treated people with respect. My heartfelt condolences to his family. Walt Van Tiem
- Walter Van Tiem
I remember your way you had to make people smile, your sense of humor and your deep love you had for people that you cared about. I can truthfully say you always treated me nice. I love you and I wished I had of took time to tell you more..
- Kathy Buck

For all the love he shared with others, may God's love help you all through this tough time. My deepest condolences to yor family.
- Tina Crocker

When I think of Gene, I always smile. We played basketball in junior high school. He was an excellent athlete. Very fast. In later years we worked together. He taught me to paint. He was one the best. He had his own unique style in everything that he did. If you knew Gene, you will never forget him. He was my friend and I am greatful to have known him. I will never forget him. We called him "Gino". Joseph Hewitt
- Joseph Hewitt

I ask God for Peace and Understanding to be with you all. May God's own shoulders be used to lay your heads for comfort and His arms around you to give assurance of His presence and guidance. Sincere condolences to Val and the family.
- Yvonne Foy